Flying to New York for three days seems like a lot of hard work…  However working on a Giorgio Armani event is always an amazing experience and a true celebration of fashion so I didn’t think twice. 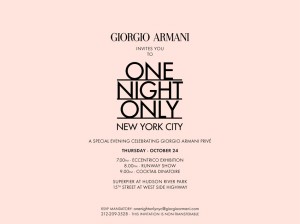 ‘One night only in New York’ is another of Armani’s events that he regularly hosts all over the world. This time it was a showcase of his Privé (couture) shows to be held at the new SuperPier in the Meatpacking District.

Rather than replicating past makeup for the show, Mr. Armani always likes to have a new twist to anything he does. The look this time was fresh and natural so it totally compliments his eclectic Privé collections beautifully. 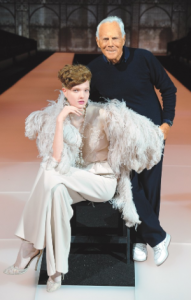 Linda Cantello who is Creative Director for Giorgio Armani Cosmetics created a look that fresh and modern. Didier Malige worked his magic with the models hair creating a soft knotted and twisted up do with a sweeping fringe.

The foundation is created by using Giorgio Armani BB cream base followed by light application of maestro fusion makeup. No powder is necessary. 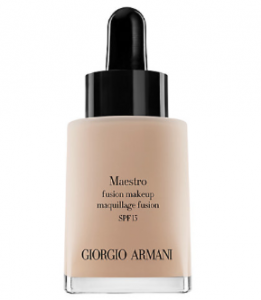 Embellishment, crystals, Asian & 30’s influences are just some of the elements that made up the show, with 75 models this was an epic extravaganza. Claps, whistles and cheers are heard from backstage as the show comes to an end… 40 minutes of pure genius. Mr. Armani takes his bow and the crowd roar, he comes back stage he applauds the teams… 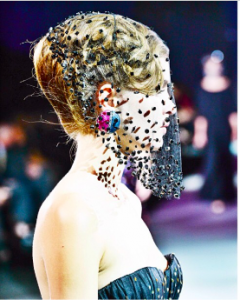 Time to put my heels on transport myself to front of house where my hair is allowed to come down, so many recognisable faces so much champagne to be sipped. Mark Ronson on the decks 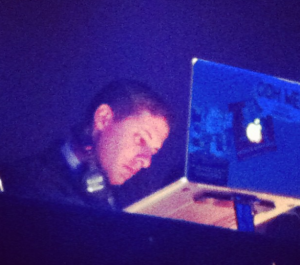 (playlist available from Armani tweets) and I head for my comfort zone… the middle of the dance floor! Oblivious to what was going on around me (Bruce Webber for one) I danced my socks off till the lights came up! Then back to my achingly fashionable hotel dream downtown trying to brush off the man who wanted to take me for a tour if New York in his limo??? I mean seriously…. 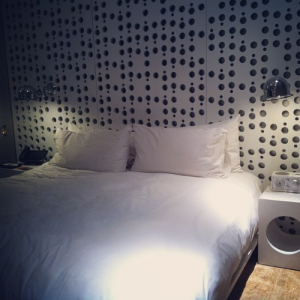